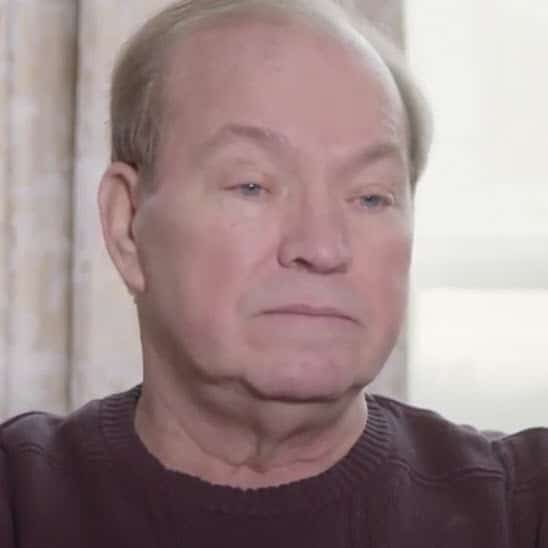 I have an ICD, which I’ve had now for three or four years. But about a year or so ago, I started to diminish, If I walked more than a hundred feet, I had to stop. My cardiologist told me about this Optimizer it was called. He thought that I would be the perfect candidate for it and that it would help me improve my lifestyle, which had gotten rather sluggish.

“I already had an ICD, so I knew it was an easy operation. ”

Before I got the Optimizer, I was just limited. If I walked a hundred feet, I had to stop. Where I had a climb — like any stadiums with steps or stuff like that — I just couldn’t do it.

My youngest granddaughter spent a lot of time at our house, and it got to the point where if we were doing a sit down for a coloring day or whatever, I was okay. But even just to go out onto the back patio and roll the ball around, stuff like that, was a challenge. My other grandkids were older, and they were all active in different sports. So it got to the point where I could go to one game, but I couldn’t go the next day because I had to recover. I was just totally played out.

I was leading, what had become my new normal lifestyle, and more medicine wouldn’t have made my situation any better. Tried changing a couple of different things — and this one product made me dizzy all the time, making me want to fall. After the second time I fell, I told my cardiologist we have to stop this, and that’s when he recommended we try the Optimizer.

I already had an ICD, so I knew it was an easy operation.

The procedure was straightforward — went into a hospital on a Friday, got prepped, they implanted the Optimizer Smart in my chest, and the next day I went home. It was great. No pain, no complications whatsoever — all pretty easy.

Before the Optimizer Smart, I would get to almost total exhaustion after just walking ‘cross the room. If I walked 30 feet from the living room to the kitchen, I had to rest.

I don’t know whether it was psychosomatic or not, but just knowing that it was in there, and I felt better. And after a day or two, I could feel the difference. I had more energy, I felt more awake, and after a little while, I started an exercise cardio rehab plan which improved my physical wellbeing tenfold.

After having the Optimizer Smart done and taking this cardio rehab program, I felt tremendous. At the cardio rehab that I went to, they do testing before and after. When I started, I was low on their scale. But when I finished it, I actually had the highest record of improvement of any patient they ever had — like 86% improvement from the time I started to the time I finished. I just know that if I didn’t have this Optimizer Smart, given my capacity, I would have never improved that greatly.

My advice is to discuss your problem with your doctor and, if he doesn’t recommend the Optimizer Smart, mention it to him and discuss it with him. I’m sure that you’ll find that it will help improve your situation. I have three sons and, if any of them had the same kind of situation, I would highly recommend that they have this procedure done.

It’s just expanded my life, and my lifestyle improved drastically. I look forward to having fun with my family and being able to walk around and do things.

Now that I’ve had the Optimizer Smart put in, I just know that I’ll be able to, with my three youngest grandchildren, go to Disney World and enjoy our time together. And this all I live for today.

Find an Optimizer® Smart
Mini Physician Near You